Priestley Mangum and His Innovative Terrace 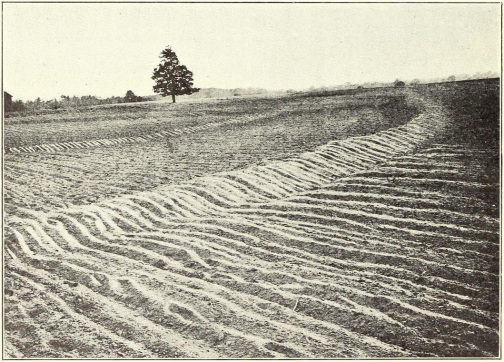 Educated at Wake Forest College, Mangum would be little known today but for a revolutionary erosion control technique he pioneered in 1881 that became known as the Mangum Terrace.

As a farmer, Mangum faced two significant problems with the lay of his land: first, what to do with the wasted land necessary for ditches to control water runoff and, secondly, how to incorporate farm machinery that was not adapted for ditched land. His answer, which he engineered with the help of his African American farm hand Tom Jones, was a terracing system comprised of broad ridges with smaller gentle slopes that would control water flow and still permit crop growth and machinery use.

Knowledge of Mangum’s system spread by word of mouth in the decade following its development, and soon the Mangum Terrace was being publicized by agricultural periodicals. By 1912, the system had been officially adopted and endorsed by the United States Department of Agriculture, and within another ten years it was utilized in nearly every state in the country.