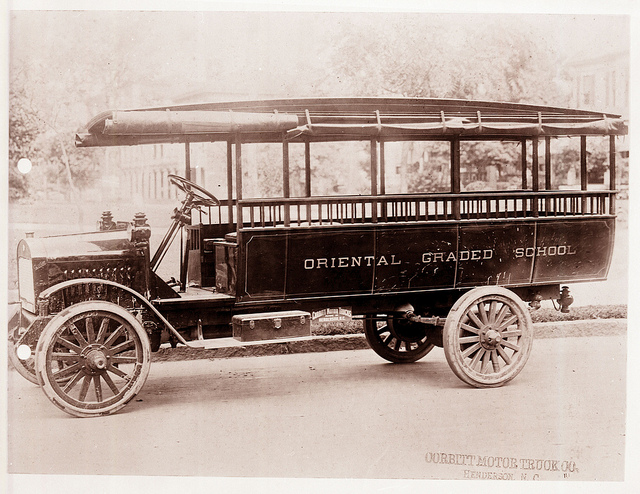 Pamlico, among the most rural counties in the state, sought to make transportation for students faster and easier. Before the widespread use of automobiles, horse-drawn wagons were used to transport students to school, and the state didn’t provide that student transportation could come at public expense until 1911. 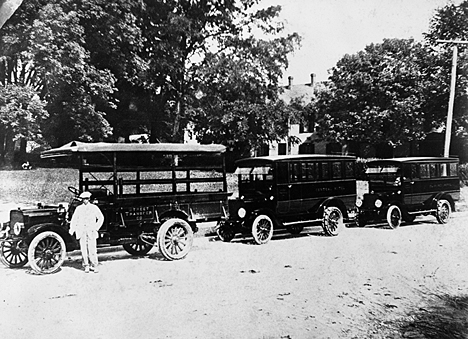 Pamlico County’s first bus was purchased from the Corbitt Company of Henderson and cost $1,379. The bus could seat 30 passengers and was used to transport students in and around Oriental. The introduction of a motorized bus to deliver students from outlying areas to the schoolhouse was considered a logistical triumph, and made it possible for school districts to move from scattered networks of one-room schoolhouses to modern, centralized schools with more professional staff.

To publicize his innovation, Pamlico’s superintendent drove the bus to Raleigh and gave then Gov. Thomas Bickett and other politicians a ride around the city. The success of Pamlico’s first school bus was quickly followed by similar purchases in other rural counties in the eastern part of the state.