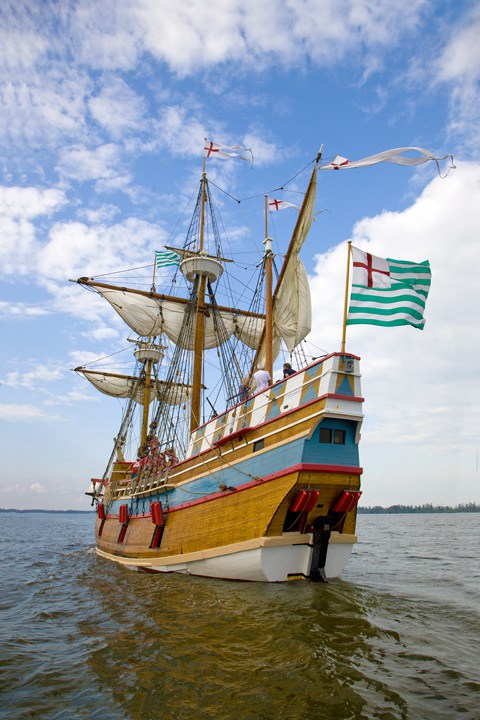 On September 19, 1985, the Elizabeth II made its maiden voyage from Manteo to Ocracoke, Beaufort, New Bern and back again.

Constructed as part of America’s 400th anniversary, the 69-foot, square-rigged sailing ship is meant to be representative of the vessels used to bring the first English colonists to Roanoke Island in the late 1500s. It was named for the original Elizabeth, one of the seven ships that was part of Sir Walter Raleigh’s second expedition in 1585. That ship was captained by Thomas Cavendish and most likely carried people and supplies to aid England in building a military garrison near what is now Manteo.

Built almost entirely by hand during 1983, the ship was in the water by early 1984 and was christened by British Princess Anne that summer. A private corporation raised $650,000 to finance the ship’s construction, while the General Assembly allocated $1.4 million for the development of other attractions on Roanoke Island.

Though the ship sometimes sails along the North Carolina coast, it is moored at Roanoke Island Festival Park—one of 27 state historic sites—for most of the year.