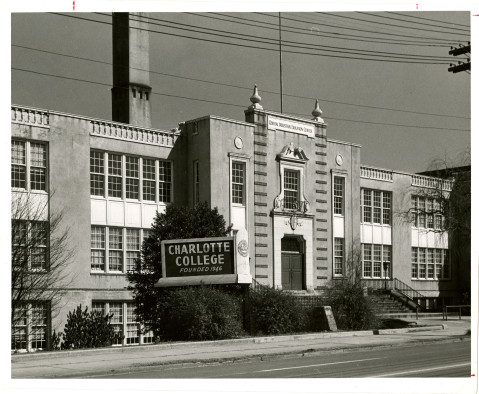 Established as part of the
post-World War II GI Bill, the Charlotte Center got its start in the basement of Central High School. It was the largest of a network of 14 temporary institutions that officials created across the state to help curb the overcrowding that was anticipated at traditional colleges and universities. 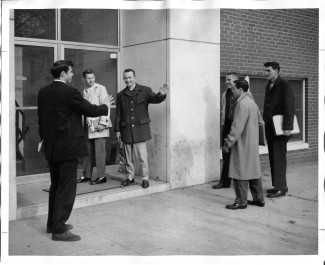 The state slated the center to close in 1949 as the demand generated by returned soldiers began to dissipate, but local residents led by the Charlotte Center director Bonnie Cone fought to keep the center open as two-year institution called Charlotte College supported exclusively by local funds and operated by the local school board.

In 1958, the college was accepted into the North Carolina Community College System. It moved to its current location in 1961 and became a four-year institution in 1964.

Charlotte College became the fourth institution to join the consolidated UNC System the following year, changing its name to UNC Charlotte. It continued a steady pace of growth throughout the rest of the 20th century, adding its first graduate degree programs in 1969 and its first doctoral program in 1993.

Today, UNC Charlotte is the fourth-largest institution in the UNC system with an enrollment of more than 26,000.