Adelaide Fries and the Moravian Archives 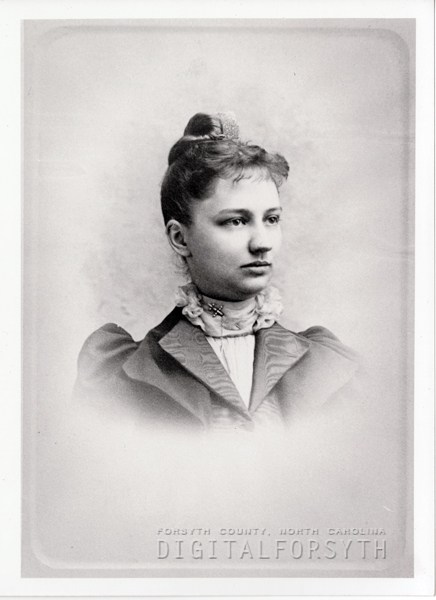 On September 26, 1911, Forsyth County native Adelaide Fries was appointed Archivist of the Southern Province of the Moravian Church.

Born in 1871 and from a long line of churchmen, Fries graduated from Salem College with bachelor’s and master’s degrees. Guided to research primary sources from a very young age by her father, Fries learned to read Old German script so that she could translate the diaries in which she was interested. The culmination of that education came in 1899, when Fries accompanied her father to Germany where she examined many of the earliest records of the church.

Fries’s work as archivist of the Salem church began very unofficially when someone suggested that she find a room somewhere to house all the manuscripts that she was collecting. After that, with no official sanction, she began an intense collecting campaign that resulted in the preservation of many valuable papers.

Fries held the official position of archivist for the rest of her life, while pursuing companion interests in genealogy and church history. A popular speaker and author, Fries received honorary doctorates from Wake Forest and UNC.

She died in 1949 and was laid to rest in the Moravian burying ground known as God’s Acre.