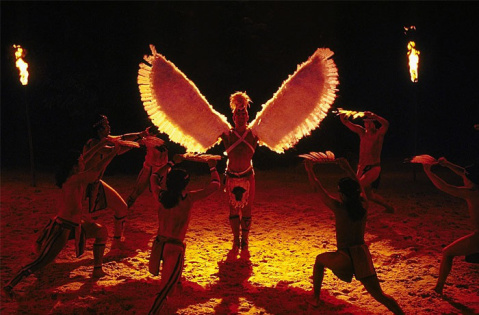 On November 1, 1838, the Cherokee Indian known as Tsali was captured.  Tsali, also known as Charley, was among those who refused to leave North Carolina after a group of Cherokee leaders signed a treat ceding their tribal lands to the United States.  Tsali, his family, and a few friends had gone into hiding in the spring.  From here the story diverges into what is in the oral histories and what is in the written records.  Cherokee oral tradition tells of Tsali’s group being captured and harassed by the federal troops.  By this account, Tsali decided to try to fake an injury and ambush the soldiers to escape. In the ensuing skirmish, one soldier was killed and two others wounded, one mortally.  The Cherokee escaped and hid until learning that if the men responsible were to give themselves up, all of the other Indians in hiding could remain in North Carolina.  The legend maintains that Tsali agreed to be executed so that the others could stay. Among the Cherokee Tsali has become a legendary hero, depicted in the outdoor drama Unto These Hills.

At the time the legend flourished, few of the government records related to the Tsali event had been available for research.  What those documents reveal is different from oral tradition.  On November 1, 1838, U. S. soldiers and Thomas found and captured Tsali’s group. While being marched to the command base, some of the Cherokee attacked the soldiers and escaped.  Oconaluftee Citizen Indians, who were exempt from the removal, and a few other fugitive Cherokees offered help with the understanding that anyone who helped to find Tsali’s band would be allowed to stay in North Carolina.

A former neighbor of Tsali’s known as Euchella (Utsala) led about sixty men in search of Tsali.  On November 24, Colonel William S. Foster, who was ordered to find Tsali, wrote to his commander, General Winfield Scott that the mission was a success—that, of the twelve Indians that had been in the original group, all but Tsali had been recaptured and the three men most culpable in the attack “were punished yesterday by the Cherokees themselves in the presence of the 4th Regt. of  Infantry.”  Foster had made clear in other communications that he did not believe that Tsali was one of the murderers.  His conviction is explicit in his dismissal of the search party and leaving the area.  However, the next day Euchella and another Indian caught Tsali and executed him.  Foster issued a proclamation in support of Euchella and his men and sent Scott a petition signed by residents in favor of the Indians’ wishes to stay.

Euchella and his men were given permission to remain in North Carolina with the Oconaluftee Citizen Indians.  Eventually these groups would be recognized as the Eastern Band of Cherokee Indians.  Tsali’s story began to take shape with its embellished twist in 1849 and he has since become a folk legend.  The significant difference in the two stories, of course, is that documents indicate that Tsali never surrendered.  Regardless, the events were tragic and the outcome heartbreaking, and the saga is now immortalized in Cherokee lore.