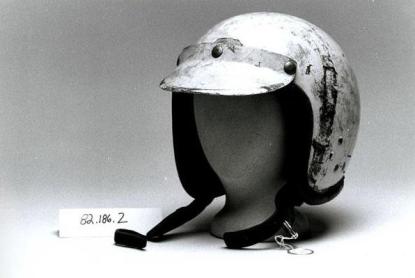 On December 26, 1985, Robert Glen “Junior” Johnson received a  full and unconditional pardon from President Ronald Reagan for his 1956 conviction in federal court for moonshining.  Junior was caught firing up his father’s still and he became entangled in a barbed wire fence while trying to escape.  The conviction put Junior on a forced eleven-month, three-day hiatus in a federal penitentiary from his other career as a rising NASCAR star.

Johnson, like many early NASCAR drivers, got his first high-speed driving experience in a souped-up automobile loaded with illegal white liquor.  He was a natural as a driver and has always made it a point of pride that the revenuers never caught him on the highway.  He parlayed his experience on the backroads of North Carolina into one of the most successful careers in NASCAR history.

When Johnson retired as a driver in 1966, he became one of the most successful crew chiefs and owners in the sport’s history.  He was also a thriving and respected businessmen in Wilkes County, having made lucrative investments in real estate, livestock and meat processing. Junior Johnson was in the first group of five inductees into the NASCAR Hall of Fame in 2010.