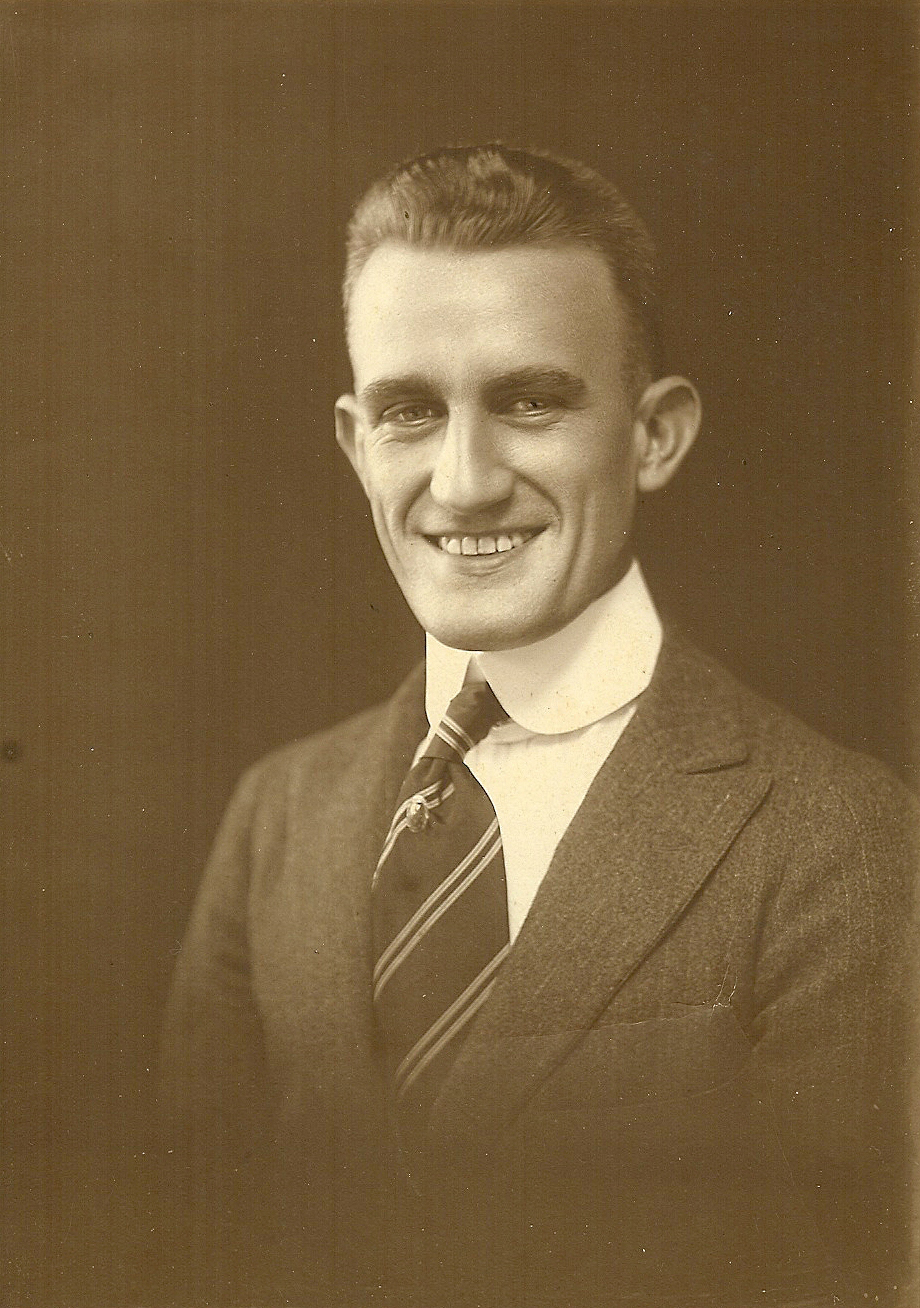 In the course of my research for our office’s latest book North Carolina and the Great War, 1914-1918, perhaps no story affected me as much as that of Wilmington native Isaac Tillery. For Ike, as his friends and family called him, the war never truly ended, the “din and roar” of combat never quite faded.

That spring, Tillery returned to the battalion as a second lieutenant and shipped out for the European continent on May 11. The journey took the boys through Halifax, Nova Scotia, and Liverpool, London, and Dover, England, into the trenches around Ypres, Belgium. At Ypres, the 115th got its first real taste of combat. Gas, artillery, machine gun fire…the 115th saw it all, all the technologies and machinery invented to steal a man’s life. Unending bombardments rattled their teeth and drove them to the edges of insanity.

Tillery was afforded a short break for much of September when he was sent south of Paris for advanced machine gun training, but he was right back at it in October when his battalion joined the Somme Offensive. In the last half of the month, Tillery’s company was in fighting so thick that even animals took cover: “…I ran across a ground mole who was digging into the ground as fast as he possibly could, and as I watched him during this awful din and roar it occurred to me that Mr. Mole was a very wise animal and I wished that I was a mole.” 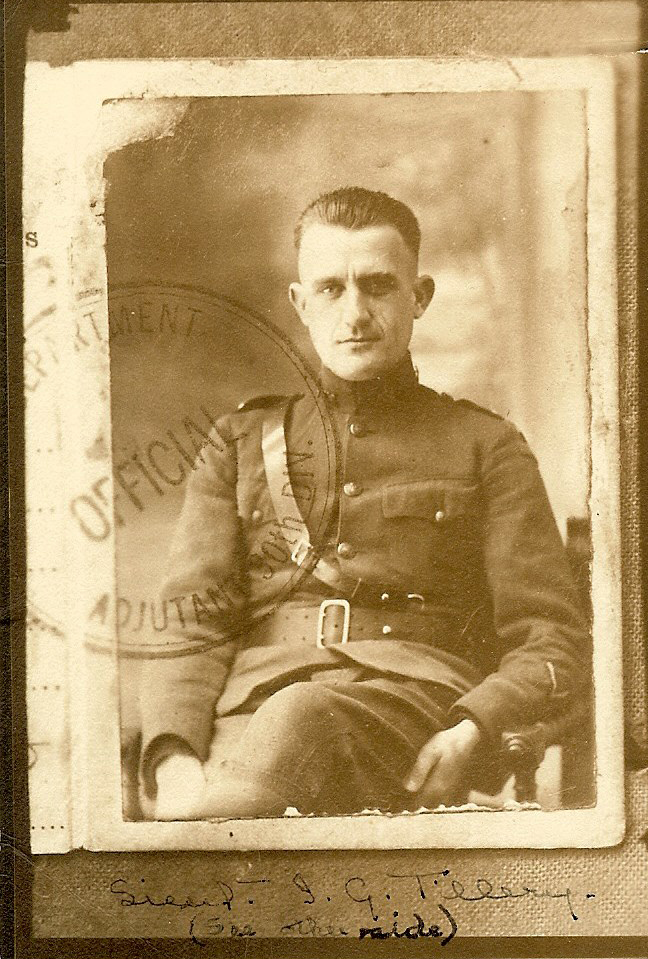 In the aftermath of the Armistice, as American military medical units contended with battle-broken bodies, a new ailment materialized for which they were not prepared. Unlike the physical afflictions of the war’s wounded, psychological trauma was hard to diagnose and treat. Out-of-character behavior was often chalked up to “shellshock,” a condition that we would identify today as post-traumatic stress disorder, or PTSD. Tillery alluded to the war’s effects on participants in a letter home shortly after the Armistice: “Imagine how these people feel who have been at it over four years. [War] has become a habit, especially with the men in the army. They won’t know what to do with themselves when they get out.”

Tillery could not see it then, but he too was carrying the psychological scars of his experience. Over time, however, the strangeness of his emotions became more apparent to him. In a February 1919 letter, Tillery warned his mother of the effects the war had on him but felt optimistic about a return to normalcy: “If I act strangely when I get home I apologize in advance and hope you will be nice to me. No doubt we will get over it after a while.”

But Tillery did not simply “get over it.” Upon his return to the port city, he moved back in with his family and took up a job as a clerk for the Atlantic Coast Line Railroad Company and later as secretary for the South Atlantic Maritime Corporation. Things took a dramatic turn, however, on January 25, 1928. Details on Tillery’s breakdown are not known, but records show his father had to legally intervene, establishing himself as Tillery’s guardian and taking control of his assets due to “incompeten[ce] from overseas service.” Tillery, who was just thirty-four years old at the time, was admitted to the veterans’ hospital at Perry Point, Maryland, at which place he remained for the rest of his life.

It seems he never married, never purchased a home, never experienced the joy of raising children. It is sadly ironic that this man, who sacrificed so much of himself to secure for posterity the American dream, never got the chance to enjoy it for himself. On May 27, 1961, he left the confines of the hospital to take a walk and did not return. His body was discovered two days later beside a stretch of nearby railroad tracks.

To be sure, Tillery’s is a sad story, but it is also more than that. It serves as a constant reminder of the selfless sacrifices of United States veterans, of the burdens they carry for the rest of their lives, of our society’s promise to provide the care and resources they need upon their return. We need to remain vigilant in our support, for a war’s end marks the beginning of new challenges for our men and women in uniform. We cannot, and should not, forget that.

Author's note: Special thanks is due to Jan Davidson, historian for the Cape Fear Museum in Wilmington, for bringing Tillery's story to my attention and for providing a lot of information about Ike's life that kick-started the additional research I provide here. Several of Tillery's personal effects from the war, including his footlocker, are part of the Cape Fear Museum's collection, where they are diligently cared for and preserved. I also owe a debt of gratitude to one of Tillery's descendants, Craig Tillery, for allowing us to publish Ike's images, for sharing with me Ike's letters from the battlefield, and for reviewing this post before it was published. Sincerest thanks to you both!