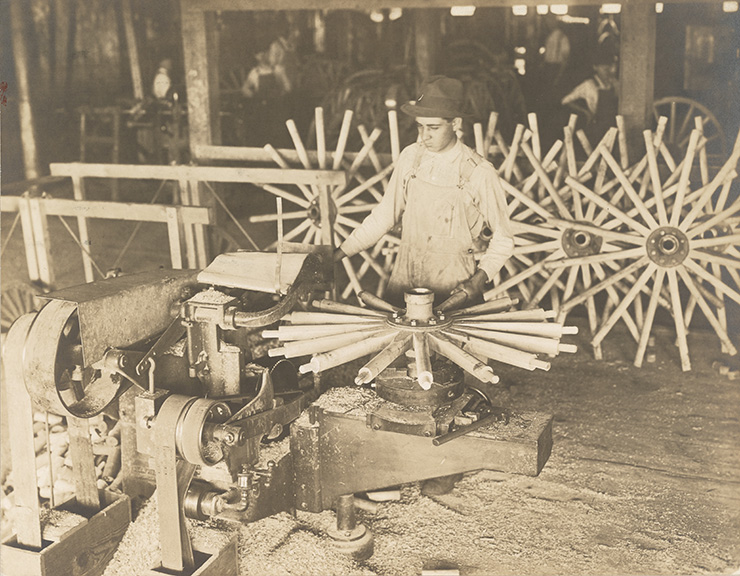 North Carolina’s manufacturing prowess at the beginning of the twentieth century made it a prime resource for the goods and supplies desperately needed by the United States government as it prepared the nation for war. Tar Heel manufacturers secured wartime government contracts for everything from finished items like ships and airplane propellers to more basic supplies like leather, cotton yarn, and processed timber. Period records indicate that in Catawba County alone, at least fourteen different manufacturers held government contracts. Piedmont Wagon Company was among these fourteen. 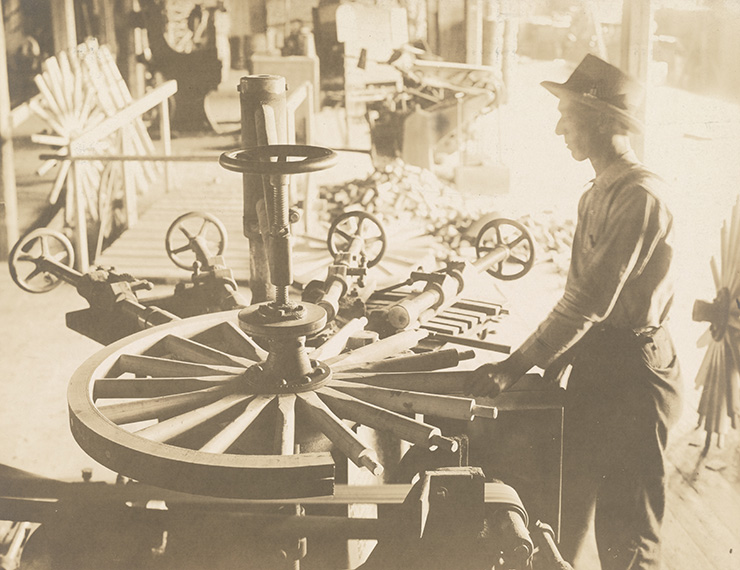 Established in 1878 near Hickory, North Carolina, Piedmont Wagon became an early supporter of the allied war effort when in March 1915 they entered into a contract with the French government to supply 1,000 ammunition wagons for use on the battlefield. Each wagon weighed in at 1,400 pounds and required three horses to pull, as opposed to the typical wagon produced by Piedmont, which weighed just 800 pounds and only needed two horses. The value of the contract, according to newspaper reports of the time, came in at around $130,000— $3.2 million today, when accounting for inflation.

The contract required the company to produce the full amount, all one thousand wagons, within sixty days. Company leaders, who had months earlier started running short shifts on account of slow business, doubled the size of their workforce and ran crews night and day to meet the deadline. Three to five carloads of wagons left the factory daily, making their way to the coast by rail where they were loaded onto ships bound for the European continent. When news of the Lusitania sinking broke in May 1915, it was reported that a shipment of Piedmont Wagons was in the hull.

Following the United States’ declaration of war with Germany in April 1917, Piedmont Wagon shifted its focus to supporting its country in its time of need. A new government contract, this time with the United States, sent Piedmont Wagon wheels to the battlefront with American soldiers. In one of the first Liberty Loan drives, the company committed itself to raising an astonishing $5,000—$94,000 today. Piedmont Wagon was equally generous in subsequent fundraising calls. 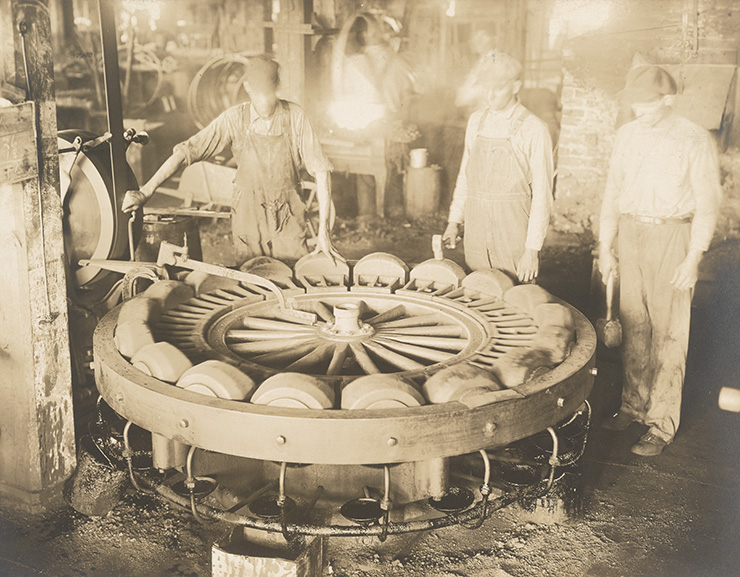 Additionally, several men from Piedmont’s front office served in the United States military during the war, including treasurer Orin M. Sigmon who joined the Rainbow Division (42nd Division) as an engineer in 1917. Just six weeks before the Armistice, Lieutenant Sigmon was killed in France when a train struck the troop truck in which he was a passenger. His loss was felt most keenly by those in the Hickory community, who eulogized the soldier as one of the most popular and well-liked young men in town.

Piedmont Wagon continued in operation well into the 1940s, but a series of tax liens imposed on the property in 1948 brought its demise. Today, Piedmont Wagon Company is but a memory for Catawba Countians, but a well cherished one at that. Its many significant contributions to our state’s history were recognized by the North Carolina Highway Historical Marker Program with its own commemorative marker in 2001.