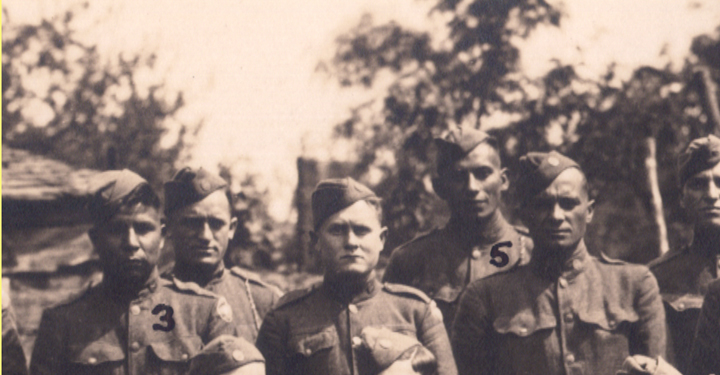 In the early morning hours of October 5, 1918, Ammons Tramper (who also went by Amineeta or A-mun-eet) and nineteen other men from the 321st Infantry Regiment left the safety of their trenches to scout the locations of German machine gun emplacements in the St. Jean d’Ormont (Vosges) sector of France. Tramper, a member of the Eastern Band of Cherokee from Jackson County, North Carolina, had been drafted into the service the previous November and sent to Camp Sevier for basic training. Exhibiting qualities such as courage, endurance, good judgement, and initiative, the thirty-two-year-old was advanced to the rank of corporal and trained to operate as a scout.

During the course of the October 5th mission, Corporal Tramper and the four privates in his squad became separated from the main scouting party. Upon the scouting party’s return, command failed to account for all of the men, and the absence of the missing scouts was not noticed until noon that day.

Maj. Daniel Adams, alarmed by the news, called on Sgt. George Owl, another Cherokee scout, for advice and guidance. Sergeant Owl reportedly responded thusly: “I think Tramper will do as I would do if I were lost behind the German lines. . . . I would find a place of concealment for myself and the men and remain there all day, observing all that was possible about the lines and the shortest and most convenient way home.” Sergeant Owl assured the major that Tramper and his men were “perfectly safe” and would return later that night. Comforted by Owl’s words, Major Adams anxiously awaited their return.

Meanwhile, Tramper and his men became more lost with each step, wandering deeper and deeper into the German lines. “I realized that we were in danger of being discovered,” attested Tramper after the incident, “and figured that it would be best for us to take cover and remain concealed until night-fall.” The men crouched down in a shell hole for the remainder of the day, waiting until 8:00 that night to emerge and renew their journey.

After three hours of trying to find their way, they popped up about 25 yards from a German cannon. Though they were clearly still behind German lines, Corporal Tramper was not demoralized by the development. Listening to the cannon fire, Tramper was able to discern more or less where the American lines were. He motioned for the men to follow him and headed for the site where the German shells were landing. Harried by exhaustion and hunger, the men carefully picked their way through the barbed wire entanglements until they finally reached American lines at just before daybreak, having spent a full twenty-four hours in enemy territory.

Corporal Tramper survived the war and remained overseas up through June 1919. Upon his return home, Tramper was honorably discharged from the service and was reunited with his wife Lucinda. The couple had five children. Corporal Tramper died in the Veteran Affairs hospital at Oteen in 1963. His 1918 statement regarding the 24 hours he spent behind enemy lines is found below in full. It appears courtesy the National Archives and Records Administration. 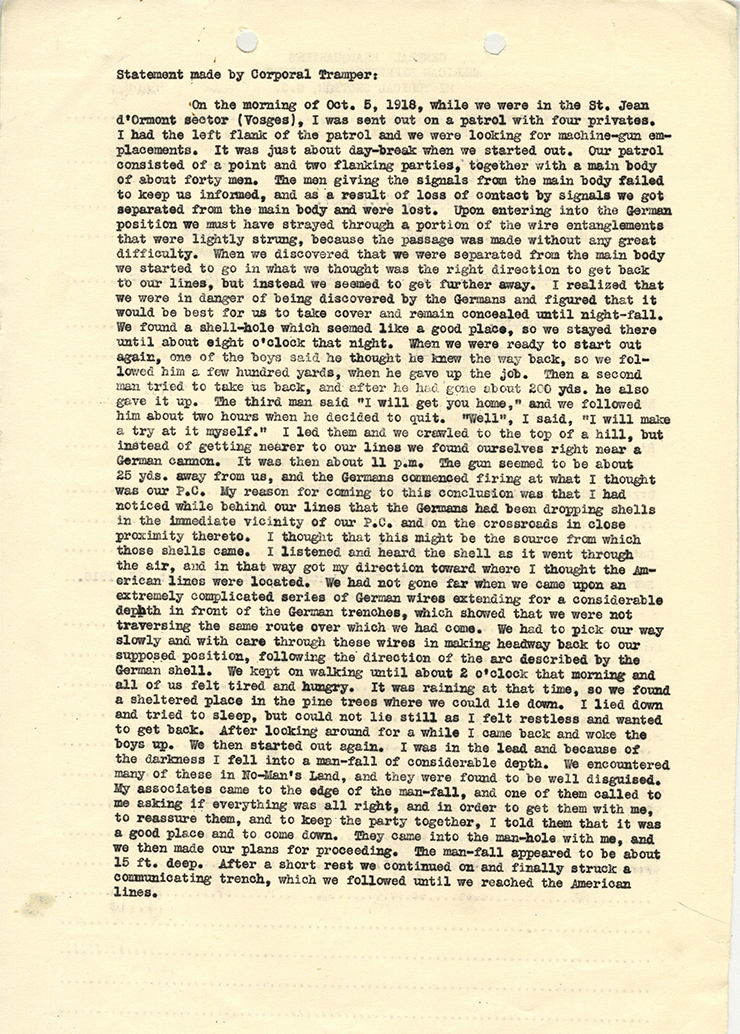