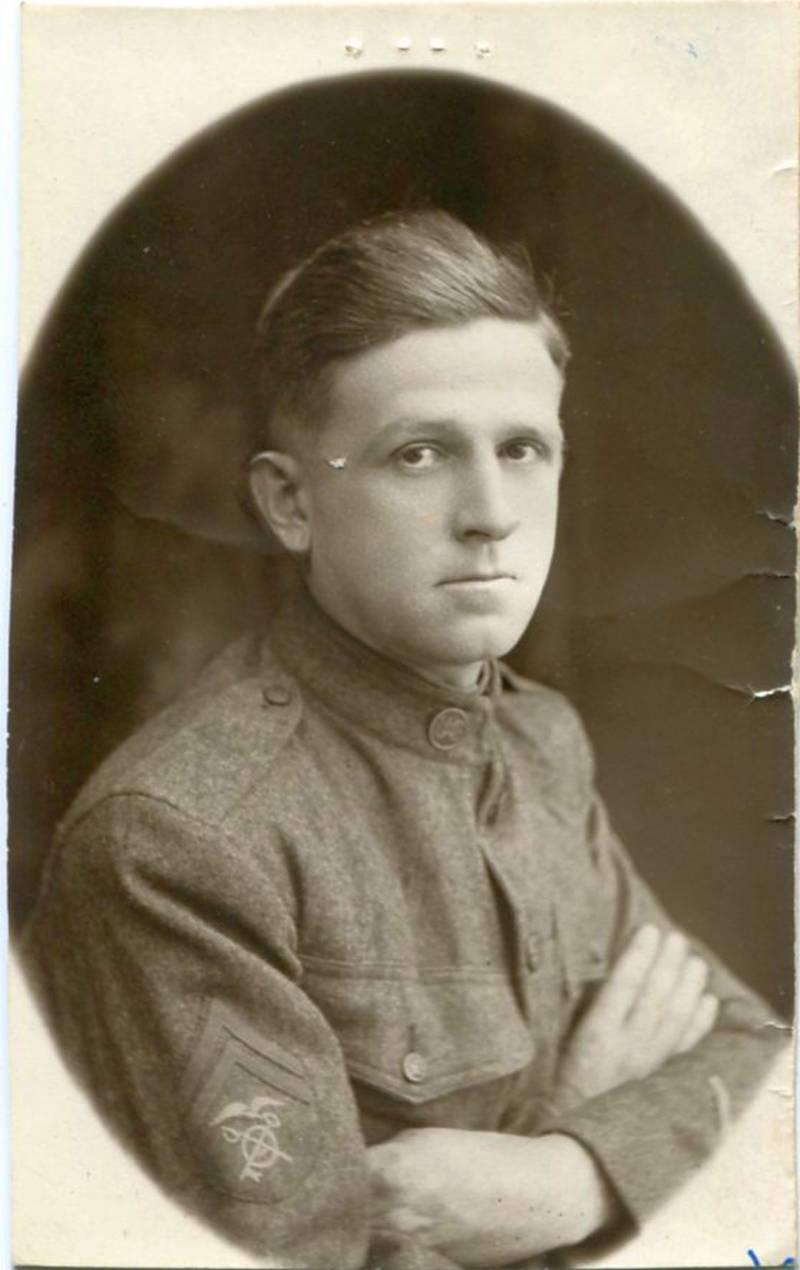 Luther Edison Williams was born on September 4, 1890, in the town of Essex in Halifax County, N.C., to Sydney and Sarah L. Alston Williams. By 1900, the Williams family was living in Halifax County, N.C., and Sydney Williams worked as a merchant. By 1910, Luther’s mother had died when he was 19 years old. By the time of his federal draft registration for World War I in 1917, Luther Williams was living in Essex, where he worked as the Postmaster for the U.S. Post Office in town. He was also working for his father at that time.

Williams served overseas in Europe from August 16, 1918, until June 11, 1919. His unit left from Saint-Nazaire, France, on June 11th aboard the troop transport ship Montpelier, traveling to the United States through Liverpool, England. After 13 days at sea, Williams arrived in the U.S. on June 24, 1919, at Newport News, Virginia. He was sent to Camp Lee, Virginia, for mustering out of service on June 28, 1919. Luther Williams was honorably discharged from active Army service at Camp Lee on July 9, 1919. 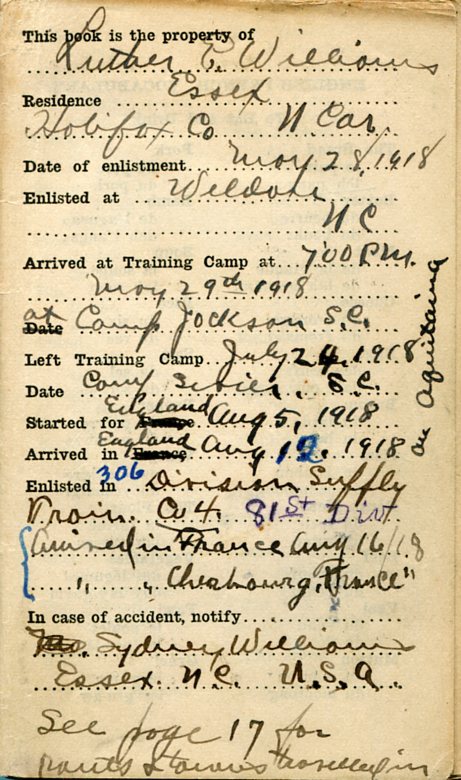 After the war, Luther Williams married Edith May Browning in Warren County, N.C., on November 22, 1919. By 1920, Luther and Edith Williams were living in the small community of Brinkleyville in Halifax County, N.C., where Luther worked for his father as a salesman at a general store. Luther took over the grocery store by 1930, and he and his wife Edith continued running it through the 1940s. Luther E. Williams died on March 16, 1948, in Durham, N.C., and was buried in Sunset Hill Cemetery in the town of Littleton in Halifax County, N.C.

To learn more about Luther Williams’ WWI service, check out the Luther E. Williams Diary (WWI 90) in the WWI Papers of the Military Collection at the State Archives of N.C. in Raleigh, N.C.

This blog post is part of the State Archives of N.C.’s World War I Social Media Project, an effort to bring original WWI archival materials to the public through the N.C. Department of Natural and Cultural Resources’ (NCDNCR) various social media platforms, in order to increase access to the items during the WWI centennial celebration by the state of N.C.

Between February 2017 and June 2019, the State Archives of N.C. will be posting blog articles, Facebook posts, and Twitter posts, featuring WWI archival materials which are posted on the exact 100th anniversary of their creation during the war. Blog posts will feature interpretations of the content of WWI documents, photographs, diary entries, posters, and other records, including scans of the original archival materials, held by the State Archives of N.C., and will be featured in NCDNCR’s WWI centennial blog.