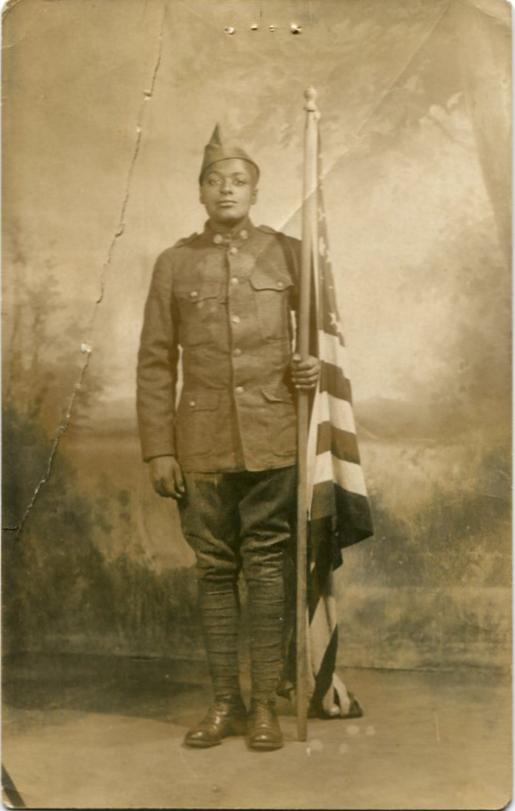 Richard Edward Pennington was born on June 30, 1894, in the town of Macon in Warren County, N.C., to George and Louisa J. Brown Pennington. Little is known about Richard’s youth or life in general. There was a twenty-one year age gap between Richard’s parents, both who descended from slaves in Virginia. By 1900, the Pennington family was living in a house they owned in Sixpound Township in Warren County, where George Pennington worked as a farmer. Richard attended school locally, and could read and write by 1910.

At the time of his draft registration for World War I, Richard Pennington was working as a farmer on his family’s farm in Warren County. Pennington was inducted in the U.S. Army for service in WWI on April 1, 1918, in Warrenton, N.C. As African-American soldiers were not allowed to serve with white soldiers, Pennington served in a segregated unit within the all-black 92nd Division, one of only two U.S. Army divisions that were formed entirely of black soldiers during the war. Pennington served in Company E, 365th Infantry, 92nd Division. He began his overseas service in Europe when he left the United States aboard a troop transport ship on June 10, 1918, until his return to the United States on February 24, 1919. Pennington reached the rank of Private First Class on November 1, 1918. He was honorably discharged from active military service on March 12, 1919. No details are known about his military service, what role he played within his company, or where in Europe he was stationed.

After the war, Richard Pennington returned to his family’s farm in Warren County to work by 1920. By 1930, he had moved to Baltimore, Maryland, where he worked as a porter in the dairy industry. Around 1929, Richard Pennington married a woman named Verline, who worked in Baltimore as a maid in a hospital. By 1940, Richard was working in Baltimore as a stableman. By 1942 when he registered for the federal draft for World War II, Pennington was working for the U.S. Postal Service at the post office on Fayette and Calvert streets in Baltimore. 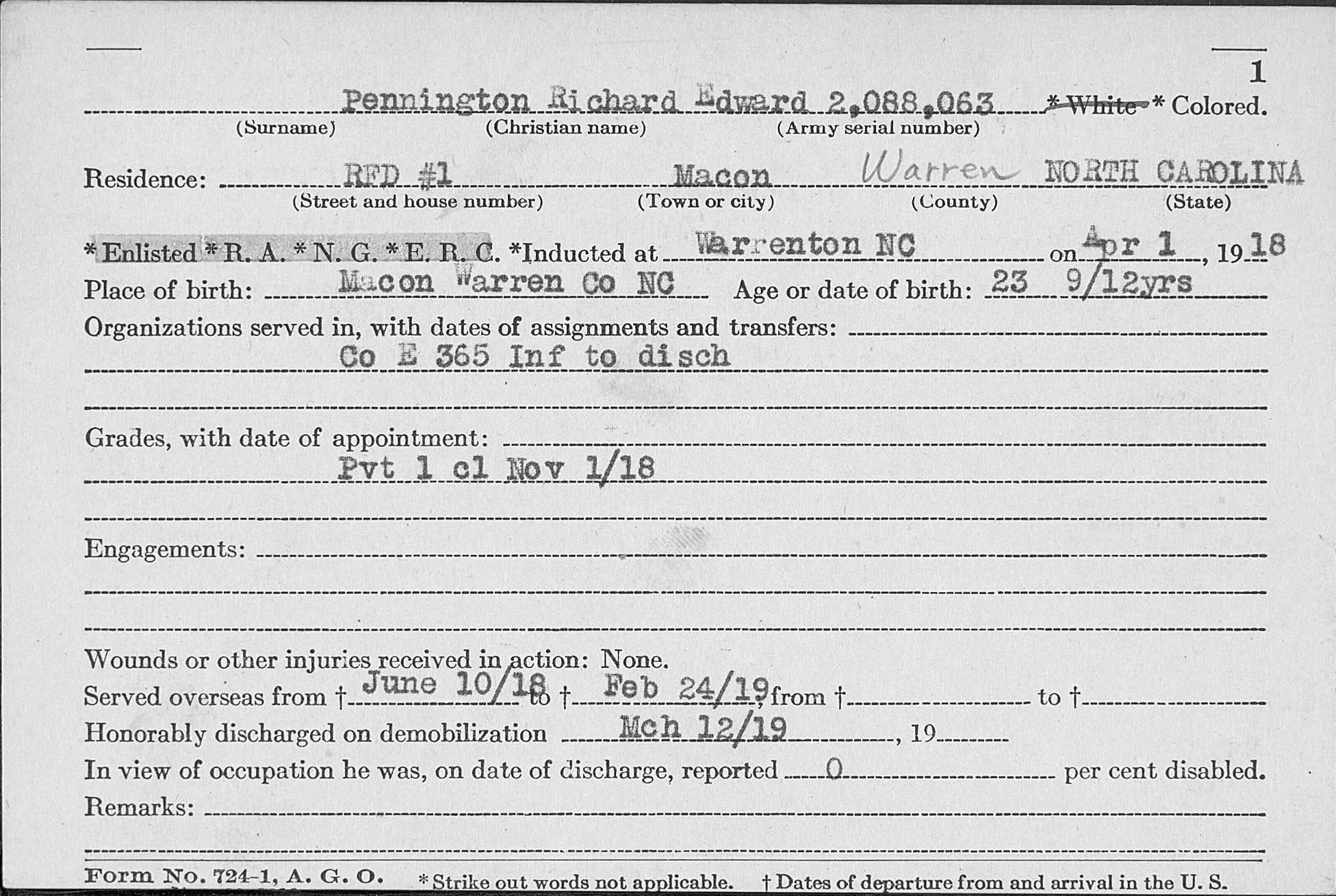 Nothing his known of Pennington after 1942, and it is unknown when he died.

You can see the original photograph of Richard Pennington in his WWI uniform in the Warren County Compiled Individual Military Service Records (WWI 92), in the WWI Papers of the Military Collection at the State Archives of North Carolina in Raleigh, N.C.