With the end of the North Carolina Department of Natural and Cultural Resources’ (DNCR) official WWI commemoration, we are transitioning our internationally-popular “North Carolina in WWI” blog and the department’s WWI Facebook page to focus on more general military history topics. With the 75th anniversary of WWII and the 50th anniversary of the Vietnam War, the goal of DNCR is to expand the representation and stories we share of North Carolina military service individuals, the state’s military installations, and life on the home front in wartime. Although we initially planned to carry on our "North Carolina in WWI" blog through 2019, we feel that the state's citizens would benefit from an wider forum to document its state's general military experiences. 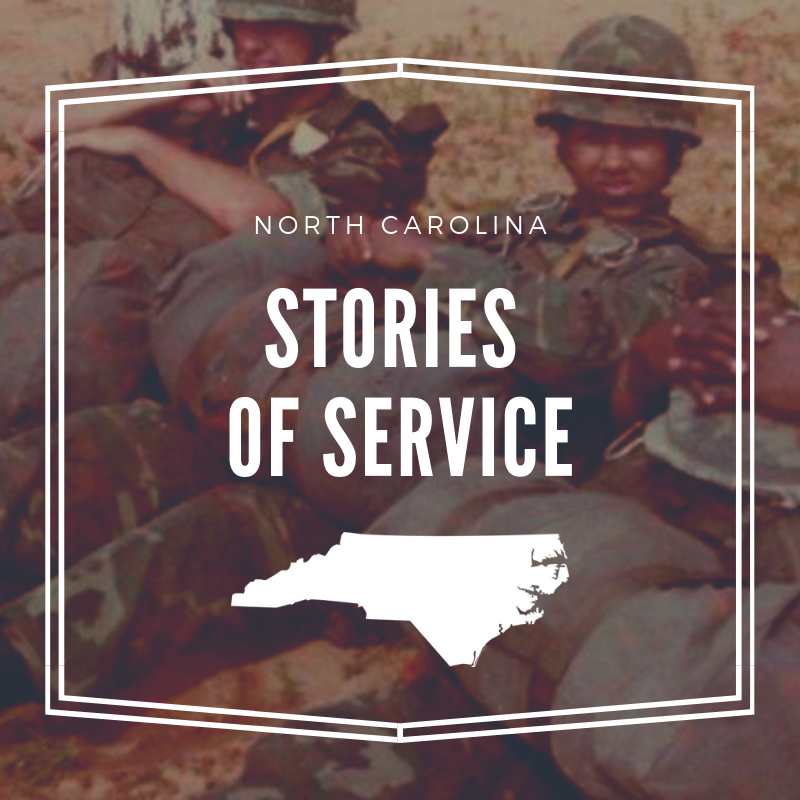 The new DNCR blog “North Carolina Stories of Service” and a corresponding Facebook page will endeavor to share stories of our state’s citizens involved in the U.S. military, whether as service individuals or civilians, and how these experiences have added to the breadth of history of North Carolina. Blog posts will revolve around brief service individuals biographies, anecdotes, events and anniversaries, interesting photographs, maps, posters, films, and other things that help to tell our state’s military history. Stories of anti-war protests, life as civilian wartime factory workers, refugees from conflict areas, school scrap drives, Red Cross and USO clubs’ work—all these and more will be topics in the future. The new blog will launch sometime in January 2019, so stay tuned to DNCR's blogs page to find the new blog when it gets launched.

The DNCR "N.C. Stories of Service" Facebook page will include departmental military commemoration events and exhibits, original photographs, documents, quotes from wartime diaries and letters, and other items, that allows the public to experience war and military service from our fellow North Carolinians’ individual perspectives. We want people to be able to see the ways military service changed from period to period, and to be able to comment and share our content in a user-friendly way. Facebook posts will occur on anniversaries of events, battles, or other military occurrences (such as the 75th anniversary of D-Day). The new Facebook page includes all of the posts from the DNCR WWI Facebook page, so you can still enjoy looking back on the past two years of the state's WWI stories and experiences that we have been sharing during the WWI centennial.

These two new forums will include posts on general military history and stories shared from across North Carolina by NC DNCR's different divisions, including N.C. Historic Sites, N.C. Division of State History Museums, State Archives of North Carolina, State Library of North Carolina, and other divisions. Local stories of service for all of North Carolina's citizens is the goal. We hope you will enjoy the new content, and we encourage you and your friends to follow along to share in recognizing those in our communities who have served the United States through the military or by supporting the military at home.

We want to thank all of you who have been reading the "North Carolina in WWI" blog during the WWI centennial, and for the kind comments which have been received about the information we have been sharing since January 2017. The WWI blog will remain posted on DNCR's Blogs page, in order that the valuable historical content will continue to be available to the general public.