Dionaea muscipula, the Venus Fly Trap, is perhaps the world's most iconic carnivorous plant and it calls North Carolina home. Our state houses countless important natural resources and on this Biodiversity Day, we reached out to some friends who are doing great work in preservation. Misty Buchanan, Deputy Director for Natural Heritage Division of Land and Water Stewardship and Laura Robinson (Botanist) and Rodney Butler (Business Services Coordinator) from The North Carolina Natural Heritage Program gave us a peek into their efforts to support the population of Venus Flytraps in North Carolina. 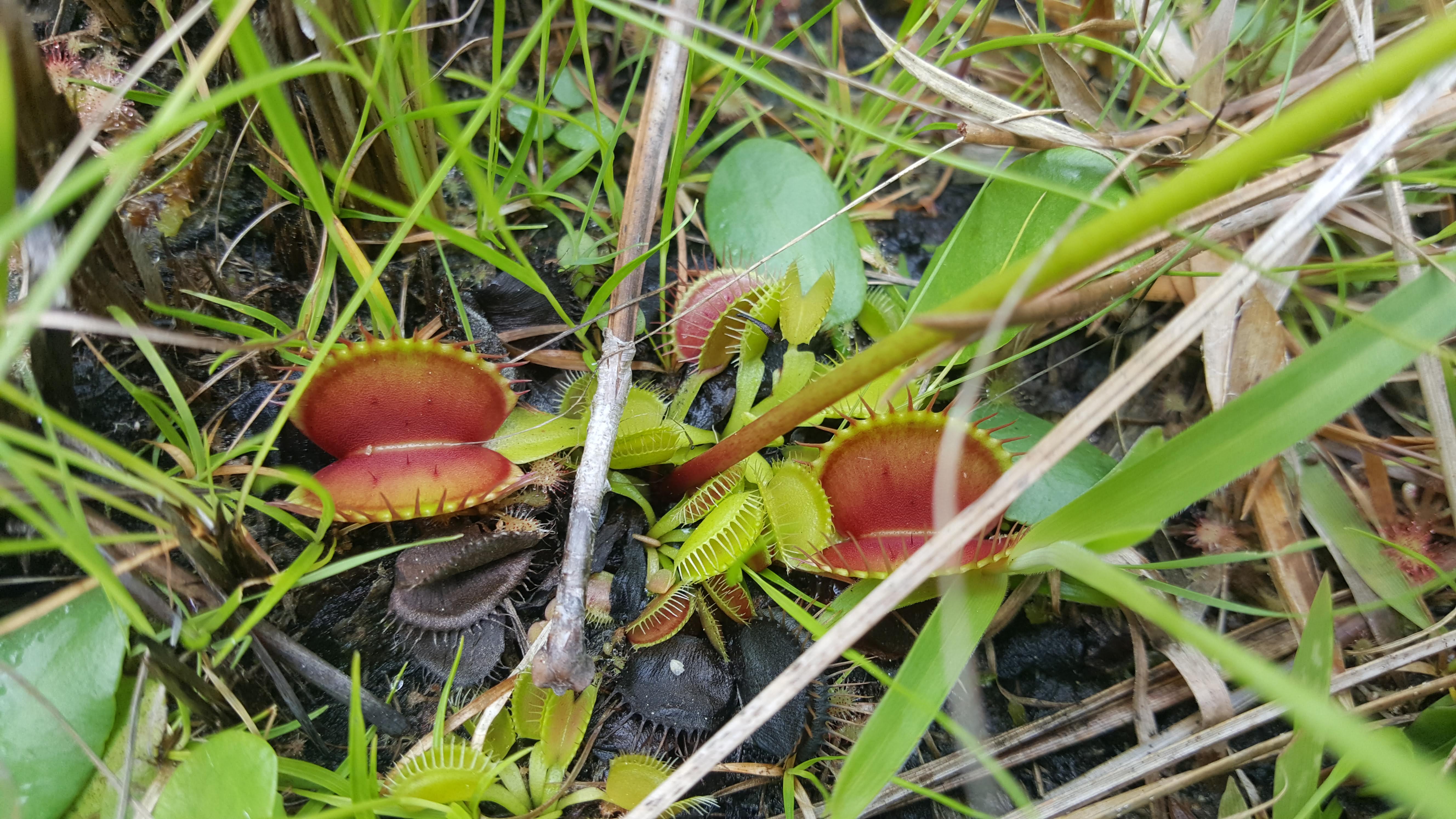 The Venus Flytrap was called by Charles Darwin “The most wonderful plant in the world”, and few people know that it’s entire worldwide range covers only a few counties in the southeastern corner of North Carolina and two counties in South Carolina. Being home to the Venus Flytrap is a source of pride for North Carolinians. However, evidence suggests that Venus Flytrap populations throughout the range are shrinking, even at sites where they are considered “protected” (such as state parks and natural preserves).

What we are doing:

The Natural Heritage Program is conducting a status survey of Venus flytraps this year. "From May-July,  we will have a team of researchers exploring the remote wildlands of eastern North Carolina, finding Venus flytrap populations, mapping and documenting the size of each population, recording the overall condition of the habitat, noting threats, and working with land managers to ensure Venus Flytrap will continue to be a component of NC’s biodiversity for future generations.”

Q: Is there a way for those interested in following the study to keep up with what you are doing?
A: Follow DNCR for updates (pictures, text) for social media throughout the study.

Q: Any way that our audience can feel involved in the ongoing research?
A: Yes, community engagement is important. Ideally, people who find them in the wild/on their property would leave them be and report the location to the NCNHP for range documentation.

Q: Are there any environmental practices that can help sustain an environment for flytrap populations to thrive here in any small way?
A: Those who own/manage larger areas of land would use prescribed fire to assist in habitat restoration. Lastly, if the public is a fan of the VFT and wants their own that they would buy from a reputable seller and not harvest them.

Q: Do you have any tips for at home flytrap care should a VFT lover buy from a seller?
A: Venus flytrap plants can be ethically purchased from the NC Botanical Garden plant sale. Some guidelines about habitat needs and plant care can be found on their website.

The researchers have detected more than 302,000 Venus flytrap plants at 21 site locations in North and South Carolina. 168,827 plants were counted. The additional plant numbers were estimated based on transects through densely populated habitats. Fifty-one known populations were visited. Twenty-six new sites were discovered. All Venus flytraps are in North Carolina except 4,876 plants in SC.

In 2019, the NHP flytrap team recorded 445,082 Venus flytraps from 26 locations in North and South Carolina. Of this number, 317,290  were counted and the additional numbers were estimated via a transect method. Surveyors visited 63 EOs and recorded 49 new patches. They also found two larvae of the significantly rare Venus flytrap cutworm moth (Hemipachnobia subporphyrea) marking a new known site for the species. The survey focused on public lands last year and the team plans to visit privately-owned lands in 2020.