The name Stray Local was conceived long before the pandemic, but it's become more and more relevant over the past year. Travel and get-togethers are risky, and we’re finding ourselves walking the same paths; to the store, the park, everyday. Diverging from the banal is hard, and getting lost in the everyday has become a useful skill.

Jamie Rowen and Hannah Lomas, the married songwriting duo that is Stray Local, agree that the name "has taken an evolutionary path, and that it gets more right all the time.”

Art and music as a business has suffered during the pandemic, and how small venues and groups will recover has yet to to be seen. But, according to Stray Local, creativity has had some time to expand and grow in the space created by COVID-19.

Having moved to Raleigh right before the pandemic, getting involved in the local music scene has been hard, given the challenges we are all facing right now. So, the pair have turned inward, taking the time they need to understand their songs. Hannah and Jamie both believe that the past year has provided the space to more fully develop their melodies, without the trappings that a touring group must daily address. 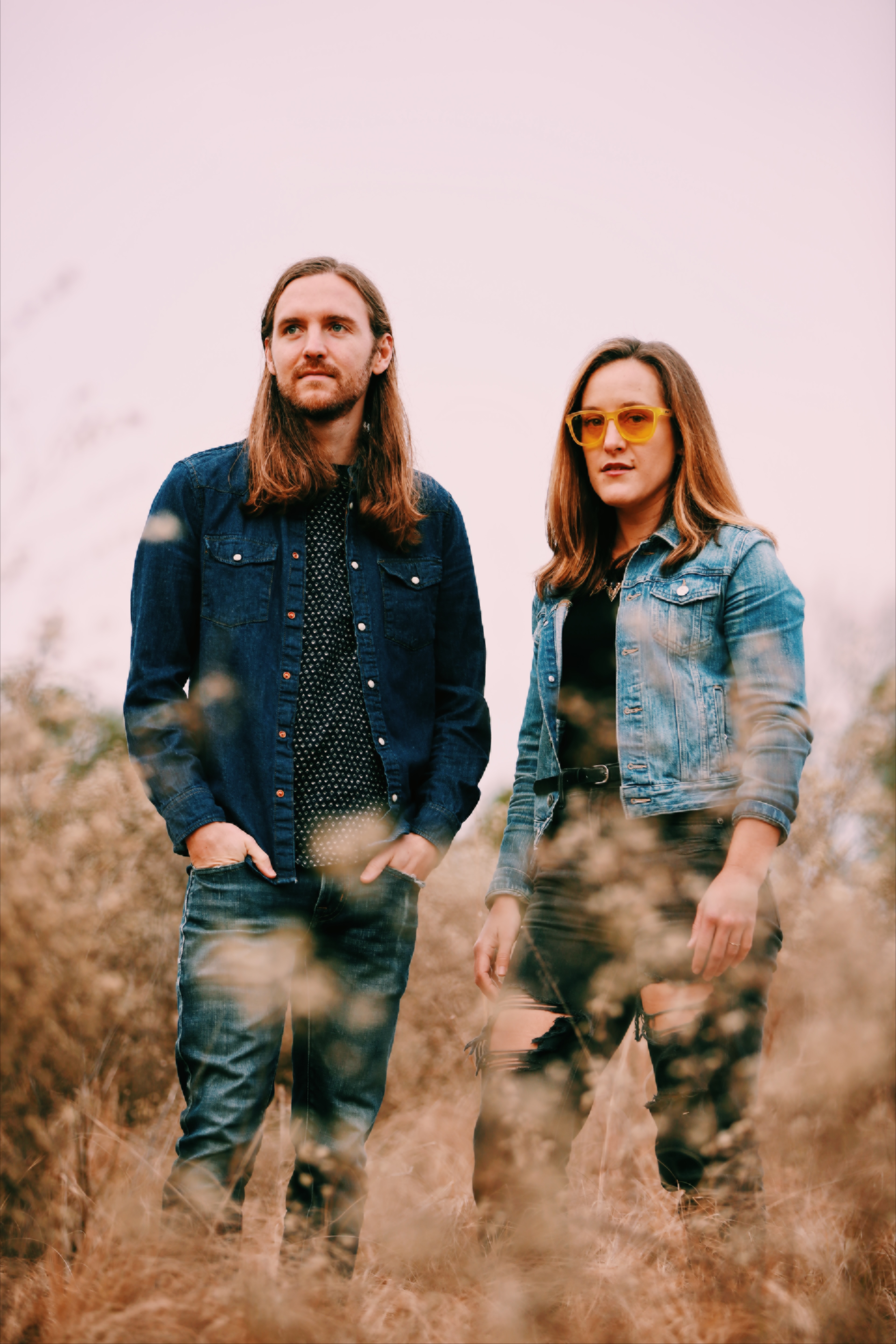 Jamie and Hannah are both graduates of the music program at UNC-Greensboro, but Stray Local cut its teeth in Wilmington, NC as a live act, one that even toured abroad in the UK and France. This required bookings, and an approach to song-making that constantly considered how a song would be received by a live audience, a very different process than writing for writing’s sake. With only the basics to worry about, Jamie’s writing has become more melodic, and Hannah’s singing and musicality is expanding. This helps the songs live up to their full potential, standing on their own rather than conforming to the logistical pressures of live performance.

Upbeat, with plenty of catchy hooks and pop sounds, the band’s music is a great soundtrack to its moniker’s exhortation. They are both runners, and the music that has helped them manage the past year has had steady rhythm. That's reflected in their new work, which is picking up in tempo. In the case of “Shiver” the pop sounds belie its subject matter. Written during the Tiger King phase of the pandemic (remember that?) it describes the challenges couples face when moving in together for the first time. Hannah sings about wondering what her partner is thinking during his “quiet, cold moments” when in truth, he may not be thinking about much. Part and parcel of getting to know someone all over again, it’s easy to empathize with this when we have all been spending more time in our own heads.

Being away from our usual rhythms is hard, but Stray Local believes that having this time to build the groundwork for a fresh sound will pay dividends once live music becomes more possible. Perhaps most importantly, Stray Local’s solitude has allowed them to finish many songs they started in Wilmington. They’re building a bank, and we can all expect to hear more soon.