Last week Charlie Smarts, MC and founding member of Kooley High, brought down the house at the second installment of Music at the Museum. Before the show, we sat down with him to learn about his trajectory, the groundwork of NC hip-hop, and the importance of talking to venues that hold memories not easily found online. Brooklyn-based and Carolina-raised, Smarts (also known as Alex Thompson) is best known for his role in the hip hop group Kooley High, comprising six Raleigh natives who met at N.C State. Three MCs, Charlie Smarts, Tab-One, and Rapsody, two producers, Foolery and The Sinopsis, and DJ, Ill Digitz, make up the original group.

But that’s not where it all started. Prior to his rap career, Smarts was going to NC State, double majoring in mechanical engineering and textile chemistry, and had decided to quit school. After a hiatus from academic life, it became clear that hanging around at home wasn’t going to work, and a return to university was in the cards. However, Charlie had his own ideas about how he was going to spend his time there. Upon his return he formed a club with hip-hop aficionados and artists like himself. At the time, NC State required that each student organization only have four members, so by linking up with Rapsody, Foolery, Sinopsis, and DJ Ill Digitz, the student group H2O was born. They started performing (they were one of the first to cypher in the free expression tunnel at NC State) and building a robust network that would go on to support a broad variety of talent. 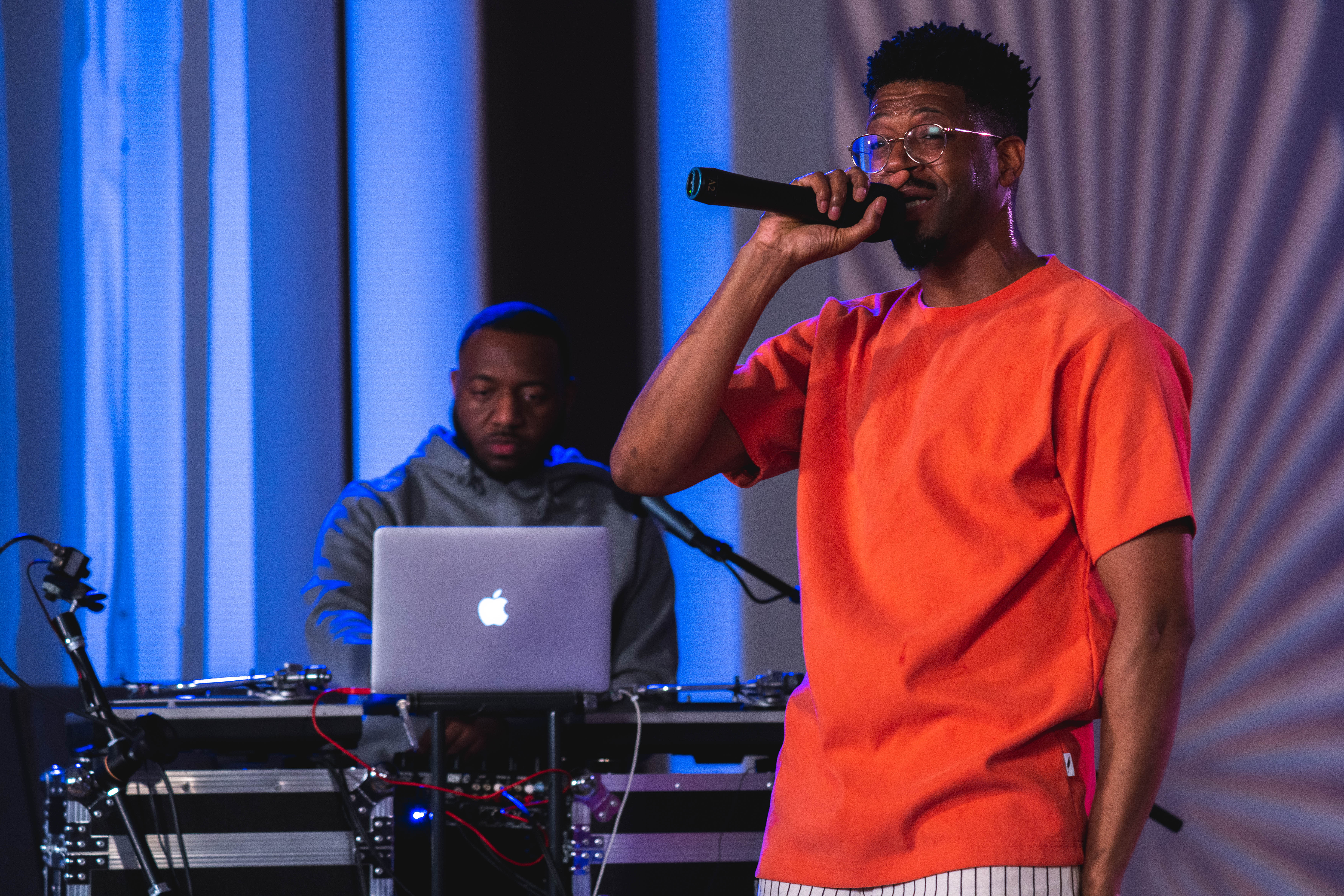 Eventually, H2O and Charlie Smarts connected with Inflowential, a group that was started in part by MC Tab-One. Tab-One and Smarts met at a party and after a few practices, Charlie became part of the band. From there, Inflowential began touring all over the east coast, always supporting and representing the Carolina hip-hop scene. When asked about the group, Smarts began to expound immediately on the sad fact that the group has received relatively little acclaim as one of the bedrock organizers (and predecessor of Kooley High) of the Raleigh hip-hop scene. This probably has something to do with the fact that Inflowential has a relatively small internet presence which, according to Smarts, is because they were busy doing the work of packing out shows. “Talk to the venues,” he counsels, “they’ll tell you what it was like. We were making sure the local movement was actually a movement. It wasn’t about recording music, we were doing our thing live. You had to be there, beatbox doesn’t translate. No one ever talks to the venues.”

Despite a lack of online presence, Inflowential got big, and kept moving. As time went on a new group began to evolve. According to Charlie “Rapsody suggested the name Kooley High, and boom, there it was.” Smarts also feels that Kooley High doesn’t get the credit it deserves for its place in hip-hop. “Somebody’s misinformed if they don’t think that Kooley high has been holding down Raleigh Culture for a decade. They got their wires crossed.” Again, talk to the venues. 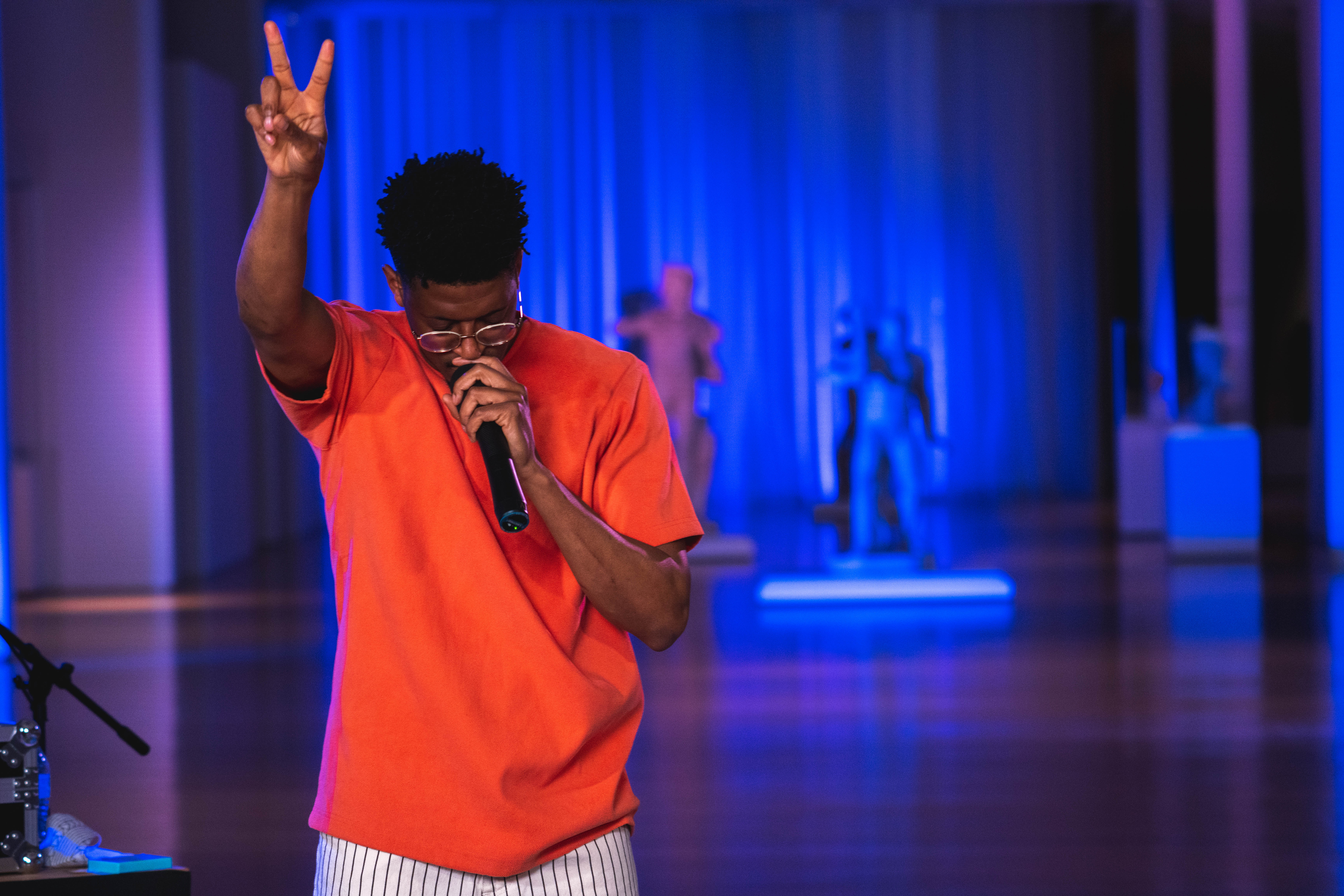 If H2O, Inflowential, and Kooley High are starting to blend together in your mind, it’s probably because they all share parts, and are part of a broad collaborative effort. On stage, the groups’ identities were even more fluid, with Inflowential often opening for Kooley High. Smarts said he would always “do something extra” though, like change outfits before starting a second set. His affinity for fashion hasn’t changed, and he sports a trim classic suit on the cover of his latest solo album, We had a Good Thing Going. The album, which INDY Weekly called an emotional and vulnerable project, is part of his solo effort, which has included selling out Kings, a downtown Raleigh Music Hall. This was right before the pandemic started, and just before a Kooley High show in March, when everything shut down.

After an arrested ascension to the real beginnings of a solo career, the past year has been hard for Charlie Smarts. But between collaboration and freestyling, he’s been staying sharp (he welcomes collabs by the way, check out his insta). Kooley High has been busy too, recently putting out the EP Lazy Sunday. The project is a loose and breezy vibe, featuring flute and melodic verses, and echoes classic hip-hop groups like Tribe Called Quest and Blackstar, constant influences.

On the night of the show, Smarts performed with Sinopsis, performing tracks like “Butter on My Biscuit,” from We Had a Good Thing Going. He was at ease, exchanging repartee with the crew and choreagraphing an entrance framed by museum statuaries. Sinopsis smiled to himself while providing the beats, both artists exuding a confidence and satisfaction born of years of performing together. The audience got a real treat when Smarts’ mother and brother joined him for the final song. His mom is a musician in her own right, having performed with artists like KRS-One, and his brother is a saxophonist who trained under Bradford Marsalis. 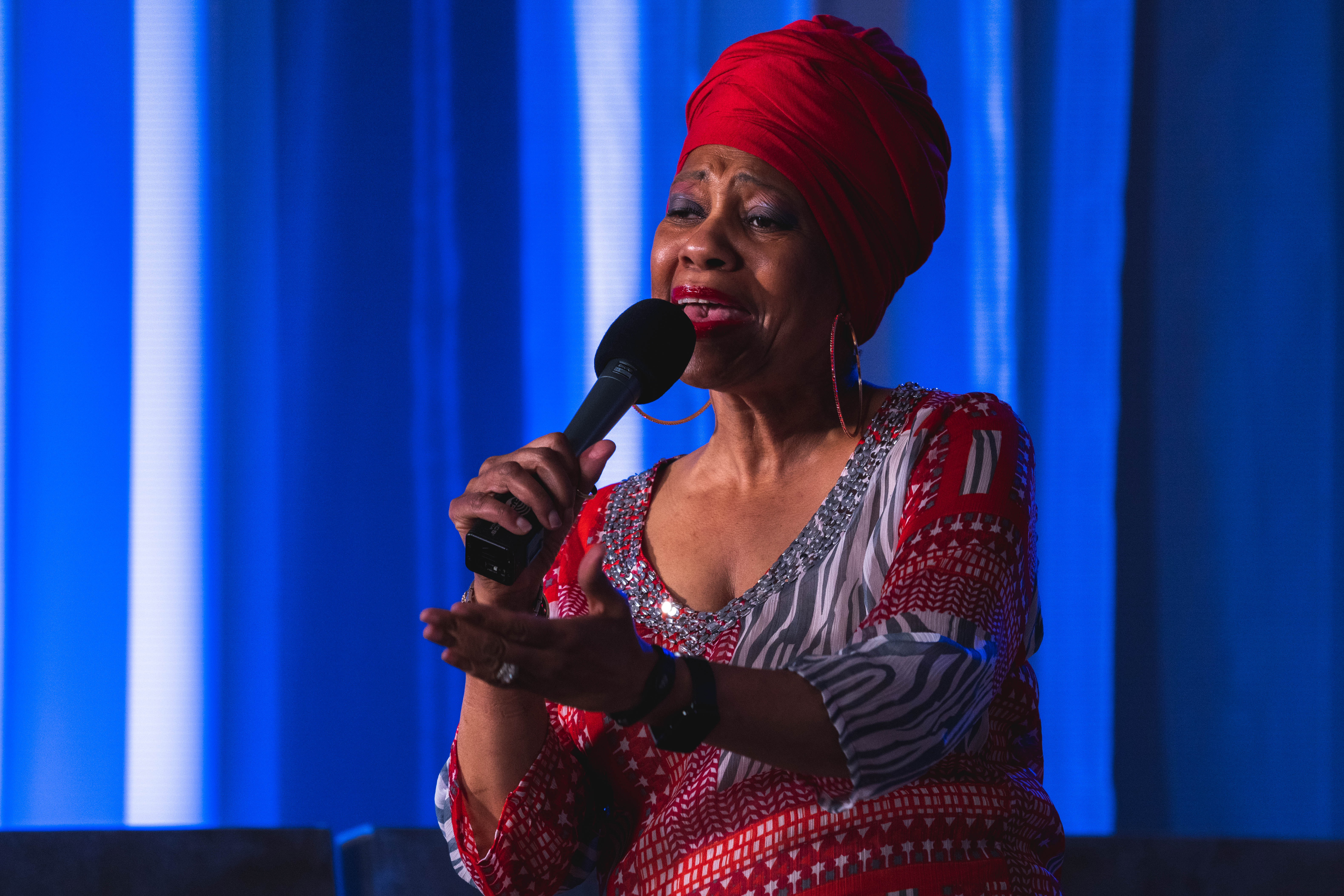 The family performed “Carry on,” a song that encourages us to believe in ourselves and the path we’re on, an important reminder coming from an artist like Smarts who has spent the last 15 years exploring his own sound and supporting the scene that trained him. The live stream faded with his mom singing and his brother lending sparse, soft, notes to her vocals.

Smarts signed off the interview by invoking us all to follow his lead and support music and artists, in particular musicians who don’t have a label, and local collaborators like Jason Clary, whose visual work has helped keep the Triangle creative scene relevant in a world increasingly focused on imagery. For Charlie Smarts, it really is this simple: if you don’t support the music and art that you like, it won’t be around much longer.