Tumbao’s style varies from song to song, floating between salsa, bossa nova, funk and Afro-Cuban beats. They released a single in January (expect their first EP later this year) and have an impressive slate of upcoming shows. The group is quickly entering the canon of Raleigh’s most beloved bands. We caught up with Diego Avilez, frontman and founder of Tumbao, before his performance. Diego got his start in music, which started at 4 years old in the church choir, in Lima, Peru, his hometown. “The rest was history,” he said.  After moving from Peru to the US, he lived in New York for about 7 years, whereas he put it he “finished growing up.” It was a diverse environment, with a dynamic street scene, full of jazz, latin music, hip-hop, and r&b. Music was accessible, in particular, that produced by people of color. Upon moving to the Triangle he found the music scene to be somewhat homogenous, lacking latin music in particular, aside from privatized groups. He missed seeing afro-carribbean  music in a public setting, on the street or at a bar or concert hall

Tumbao refers to a clave-based rhythm. It’s also a slang word in the Caribbean and Latin America, meaning vibe, sexy, and swing. In Spanish one might say “Esta fiesta tiene tumbao,” or “this party has rhythm.” It was this vibe, familiar from his days in New York, that Diego missed and it’s what brought the tumbao to open jams in downtown Raleigh. Despite the fact that many musicians who came hadn’t experienced this before, they caught on, layering jazz over the beat. Diego and some of the musicians decided to keep it going, and the group Tumbao was born out of this collective groove.

Music is Diego's main gig, and for him, it has a lot to do with community and justice. About 2 years ago he started the Oak City Music Collective, which is a company that is focused on providing artists with resources, with the goal of bringing together musicians in the area in an informal, unionized, support system.

In particular, Oak City is focused on nurturing the music scene for people of color. Diego works hard to collaborate with artists who are actively looking out for the betterment of communities of color, and the artist coachings and bookings that Oak City Collective does are all very intentional, with the goal of further diversifying the local music scene. Oak City is broadening its reach, collaborating with the Downtown Raleigh Alliance and the city of Raleigh recently on a music series focused on constantly trying to change the landscape of what people are listening to. 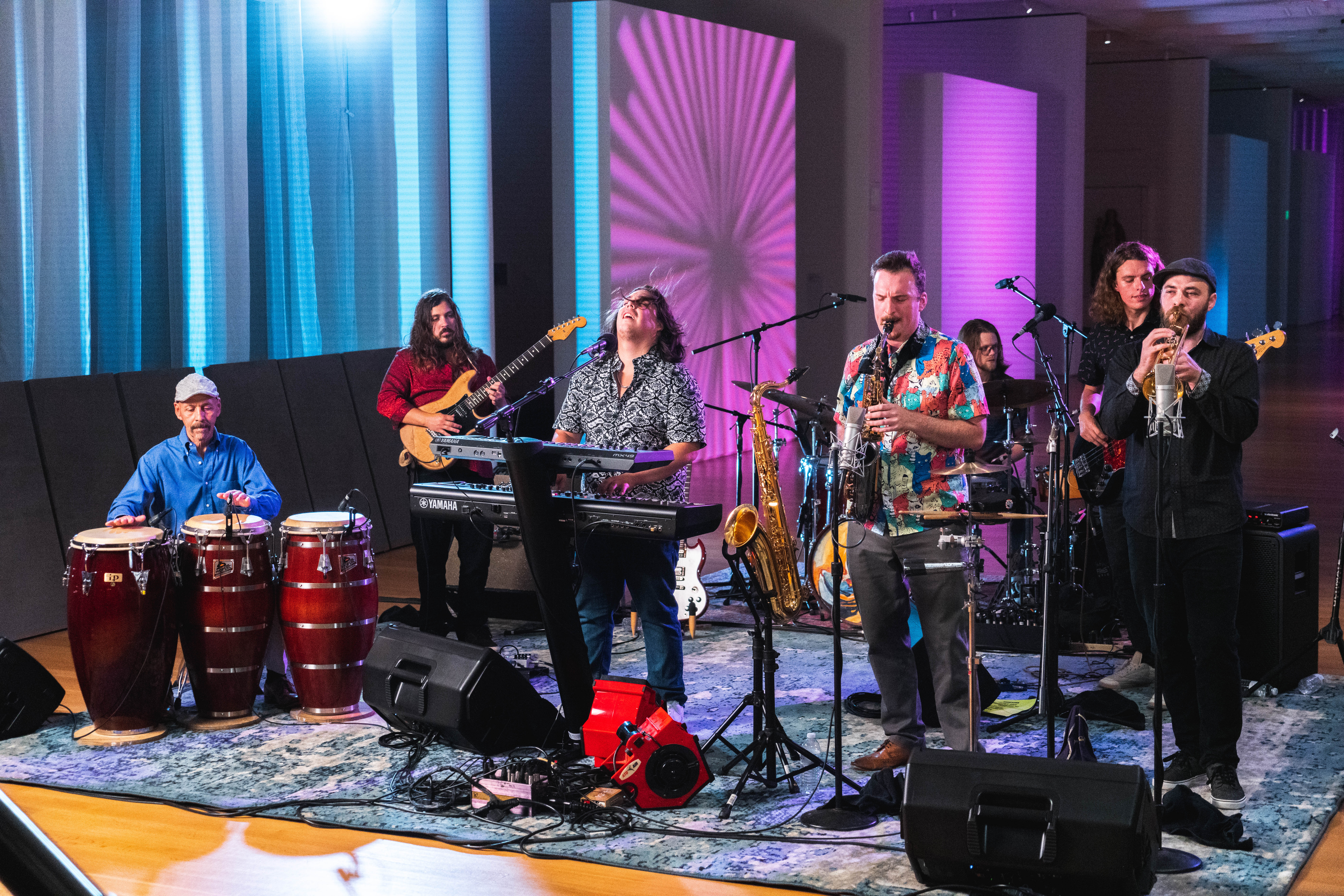 When asked if he thinks the culture of Raleigh music is changing and becoming more inclusive of its artists of color, Diego responded

“Little by little. It takes proper allyship to achieve full inclusivity, myself included. We have to see the structures that are in place that need changing, and the gatekeeping in the city that needs to be taken down. We have to call out any abuse and overlooking of artists that we see. Every day is both encouraging and disheartening, at roughly a 50/50 level.”

He decries the money interests that drive so much of the decision-making surrounding creative production and visibility, and the constant challenge of artists to get paid what they are worth. Despite Raleigh’s rapidly evolving music scene, bluegrass and country are still the main moneymakers, and bookers and venues have to go out of their way to book jazz and R&B performers, adding roadblocks to bands like Tumbao, or Diego’s other group, Sons of Paradise. At the same time, however, he recognizes and lauds the efforts of so many who are trying everyday to diversify music in the Triangle, asking themselves, “what can we do to help?”

It’s been a long year for Diego, who has been honing in on connecting with nature. “I’ve been trying to get in the water, get some sun.” In terms of inspiration, he can’t help but be affected by what’s been going on around us. “I’ve been tapping into a darker energy in a sense, since last summer with the protests, the BLM movement. I’ve been trying to use people’s momentum to talk about stuff that we shouldn’t JUST be talking about during the summer of 2020, but that is an ongoing conversation. I think that music that I try to play, latin and reggae music is really a vessel for those kinds of conversations.” Diego is making his writing intentional. He wants people to dance and free themselves, but also to sit in any discomfort they need to in order to make the changes that need to happen. While latin music can be fun and energetic, Diego reminded us that it comes out of the struggles of revolutionaries and of people who were and are oppressed by those who didn’t want latin or reggae music being played. “I’ve been trying to channel that energy into that music. The guys I play with in Tumbao have really tried to keep their eyes open when it comes to that, and staying present in that moment.” 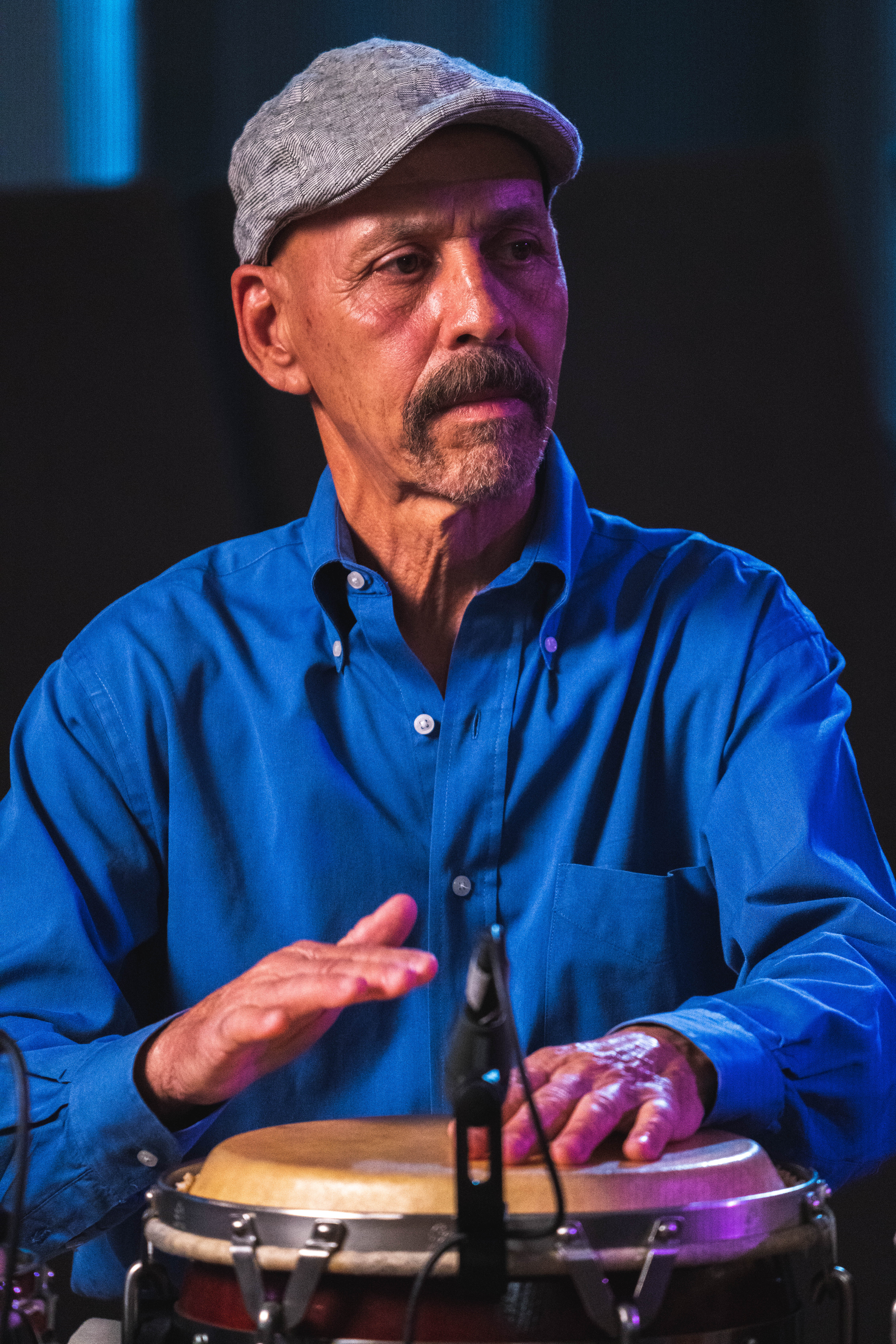 Live music obviously means a lot to Diego, and he spoke on his gratitude at its return.

“When I was in a crowd recently listening to music it was very overwhelming, I teared up. It was powerful. Just being out with other bodies, other people, interchanging energy and bringing it to the stage and throwing it right back at people, I’m glad it’s coming back more and more, for sure.”

Diego works hard at building community, and we asked him what excites him most about the future of the triangle’s music scene.

“I’m excited for a new generation of artists to take the reins. I’m excited to see new faces in different parts of the city, whether it’s in government, venues, or other institutions. I’m excited for artists that have woken up more and more and are doing their best to hold others accountable when it comes to keeping to the scene that way, for artists to keep unionizing and standing up for what they believe is right. Not to stay quiet in the corner but to defy everything we’ve been told we can’t do, and to seen those effects and thrive on that energy. I’m excited to switch it up, to turn it upside down and shake it until there’s no more coins coming out of it.”