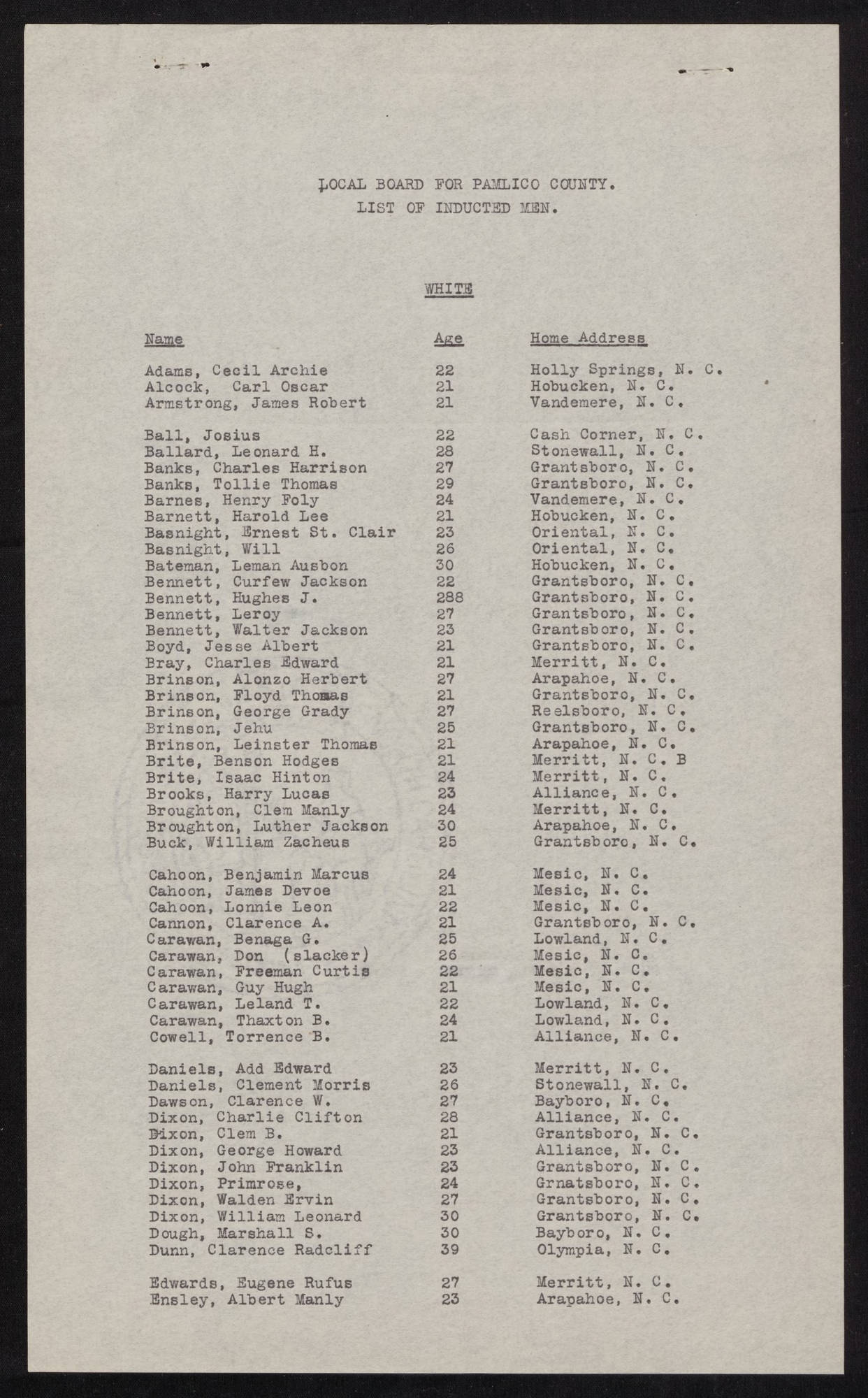 The induction lists are organized alphabetically by last name, and include the serviceman’s name, home town, and age at time of induction into military service. The lists are not records of the men who registered in a given county for the WWI draft, nor is it a list of every man who was from that county who served in WWI. They are only lists of the men the counties were responsible for sending to U.S. military camps as part of the state of North Carolina’s federally-mandated quota for men to provide for federal military service. The lists are also available for all of North Carolina’s counties, one of the few sets of WWI records held in the Military Collection’s WWI Papers that document every county in the state.

The significance of these lists cannot be understated. They are arranged by race, with white WWI serviceman listed first, followed by a listing of all African American inducted from a given county. The African American lists (which are labeled “Colored” in keeping with the racial language of the WWI-era) are the only known compilation by county of North Carolina African Americans who entered military service. The North Carolina WWI Service Cards, which are index cards containing abbreviated service history for every North Carolina service individual, do not clearly indicate the race of the individual serving, as the cards were created by multiple people with different means of marking the individual’s race on the cards that do not correspond across the set of the cards. 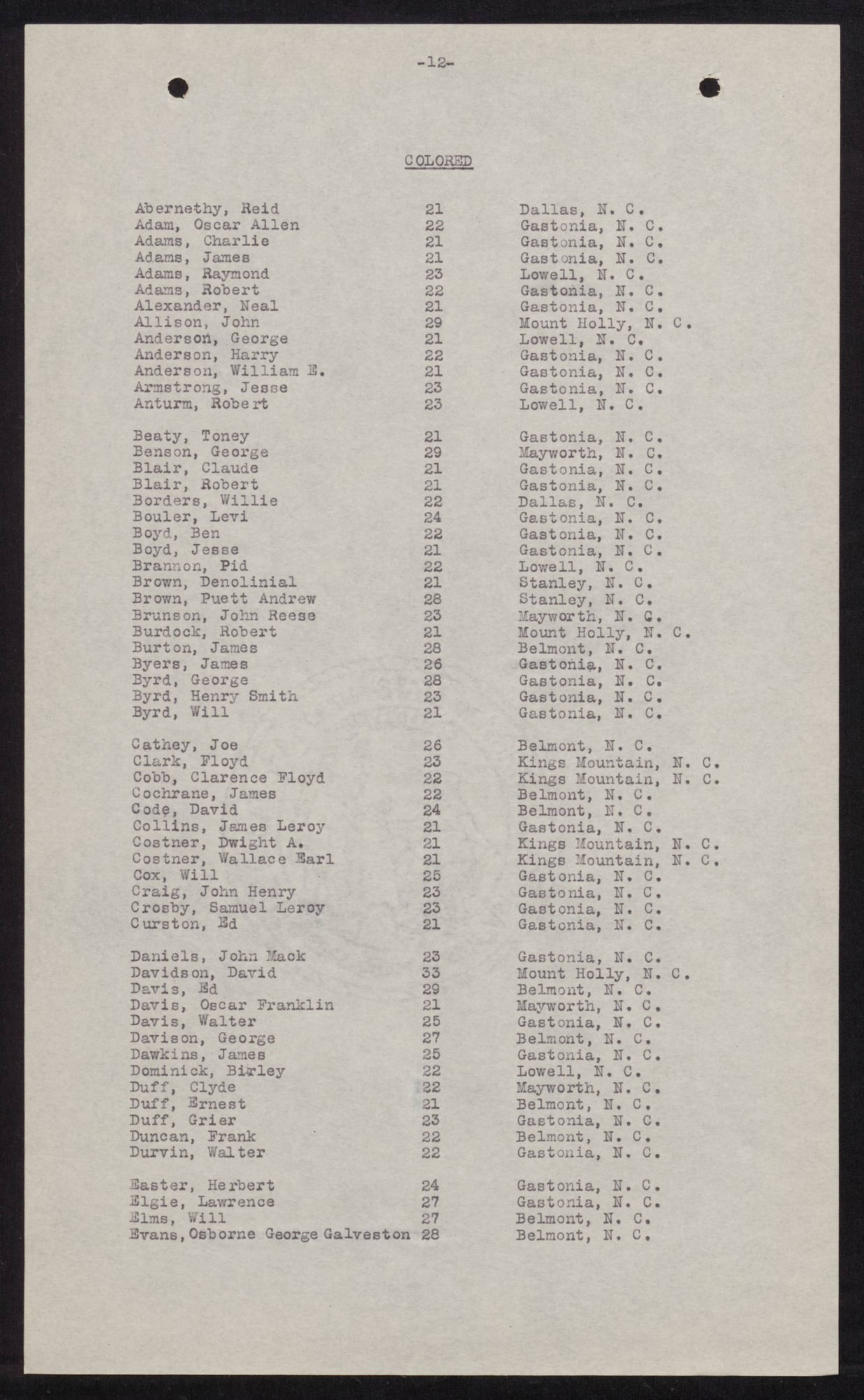 The lists are now available to view online in the digital WWI collection of the North Carolina Digital Collections (NCDC), which is a joint project of the State Archives and State Library of North Carolina. You can find the induction lists by entering in the search bar for the WWI collection the phase “Local Draft Board Records,” and scroll down the search results to see all of the counties listed. The lists are available to download as JPEG images. We hope these records will encourage additional research into our state’s roll in WWI, as well as the men and women who served and sacrificed for our nation.